Mormonism presents a worldview that is dramatically different from the Bible. As a result, the journey out of Mormonism includes confusion about doctrine. Certain doctrinal issues are especially difficult for former Latter-day Saints to understand or accept. Here are some of the most common issues former Mormons typically find challenging to rethink, and some ways to approach those topics.

Language can be confusing

The first pitfall to overcome is confusion over language. Mormonism uses many of the same terms as traditional Christianity, but often with very different meanings and within the context of a very different narrative. Salvation, faith, grace, eternal life, and other common words must be translated and eventually reframed and relearned before former Mormons can grasp biblical doctrine.

The Bible is reliable

LDS are taught that the Bible has been corrupted and can’t be trusted. As such, the Bible must be interpreted by other LDS scripture and by LDS leaders. By contrast, traditional Christianity holds the Bible as the ultimate source of authority for what we believe and how we live. There are many valid reasons why it can be trusted. Once the authority and reliability of the Bible are settled, it becomes our faithful guide to answer all the other doctrinal questions.

The Trinity is credible

Mormonism teaches that the Godhead consists of three separate beings, each considered God. These three are one in purpose, but not one at the deeper level of essential being. By contrast, the Bible clearly teaches that there is only one God. Yet the Bible also presents the Father as God, the Son as God, and the Holy Spirit as God. Thus Bible-believing Christians affirm that there is one God who exists eternally in three persons. Because God is infinite and our minds are finite, this concept of God is beyond our experience and is inherently confusing and mysterious. For this reason, Mormons often ridicule the biblical teaching about the Triune God as a byproduct of apostasy. This confusion and skepticism often remains after a person leaves Mormonism. But the Trinity is the only view of God that takes all the data of the Bible seriously. We don’t have to fully grasp how God can be three and one in order to explain and affirm how the Bible teaches it,

Grace is truly a gift

In Mormonism, grace is seen as an enabling power that helps a person achieve worthiness and live up to the requirements of salvation. They teach that salvation is by grace, but not by grace alone. By grace, Jesus paid a price to pay for our sins. This atoning sacrifice makes it possible for us to then do what we must do to prove ourselves worthy. So for Latter-day Saints, salvation is by grace plus works. Grace, in LDS thinking, is always conditional in some way. Yet in the Bible, the word “grace” speaks of a freely given, undeserved gift. Grace is, by definition, something that is not and cannot be earned. Grace reflects God’s generous mercy to people who cannot measure up. As such, grace and good works are mutually exclusive as approaches to God. But even former Mormons accept the grace of God alone for salvation, the impulse to prove one’s worthiness is hard to overcome.

The Church is not an institution

Mormons believe that the LDS Church is the very church that Jesus himself organized on this earth, complete with the same offices, structures, ordinances, and authority. As such, it is the “One True Church.” This creates the notion of “church” as a human institution with all its organization and activities. Based on this expectation, former Mormons will will think about church life and identify in terms of institutional categories, and will tend to evaluate any local church or denomination in light of the institutional LDS Church. By contrast, the Bible pictures the church in two aspects: universal and local. The universal church is not a human organization. The Bible describes it as a body, a family, or a flock. It consists of the sum total of all Christ-followers in all times and all places. This is the “One True Church.” This universal church takes shape in particular local congregations, as groups of Christ-followers gather for worship, encouragement, discipleship, service, and mission. These local churches are visible expressions of the universal church, but they will always reflect it imperfectly because they are shaped by their cultural and historical setting. People can be part of a local church and not belong to the universal church – depending on whether or not they are united to Jesus Christ by trusting in him alone.

The pre-existence is a myth

According to the LDS story, all human beings lived with God as his spirit children before we took on mortal bodies on earth. This story defines how Mormons see Satan, demons, and even the role of Jesus as Savior. It also explains why people are born in vastly different conditions on earth: because they were more or less valiant or faithful in the pre-existence. The most faithful in the pre-existence are thought to be born as Mormons in Utah in the “latter days.” Yet the Bible does not teach that humans existed before our physical conception. When God speaks of knowing us before we were born, this is merely a reflection of his infinite foreknowledge. God is the only one who pre-existed. He has existed eternally, before anything or anyone else.

Hell must be reckoned with

Mormonism has an inconsistent view of hell. Mormons don’t typically talk about hell, but two LDS ideas come closest. On one hand, “outer darkness” is an eternal state of separation from God, but it is reserved for only a very small group who received divinely revealed knowledge of the truth but rejected it. On the other hand, Mormons also believe in a “spirit prison” between death and the final judgment, where those who did not receive Mormonism in this life will reside. Those in spirit prison will have an opportunity to hear and receive the LDS gospel and become saved after death. Some Mormons see spirit prison as a sort of hell, where people will experience remorse and purging for their sins. But eventually everyone finds their way to some level of heaven – except those consigned to outer darkness. By contrast, Jesus taught that hell is a place of torment where people receive God’s righteous judgment for their sins and are thus eternally separated from him. The only persons who escape hell are those who have consciously trusted in Jesus and his sacrifice for the forgiveness of their sins.

Transitioning Mormons aren’t likely to accept any given concept just because a pastor or Christian friend says so, or even when we make a compelling case for truth. It takes time to adopt new ideas about issues as important as God, humanity, life, salvation, and the future. There are many factors that shape how a person thinks about these things. Former Mormons are going through a difficult cultural journey. They need to be able to grapple with new and foreign ideas at their own pace, many of which don’t make sense in light of their existing framework and which challenge their existing assumptions.

This is part of the Mentoring Former Mormons series. 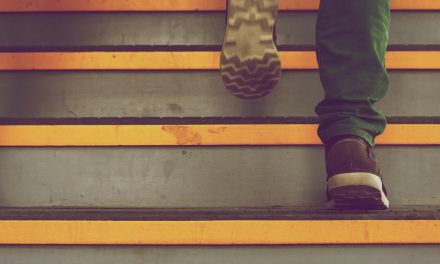 First Steps in a Mentoring Relationship

Dealing with Loss of Trust